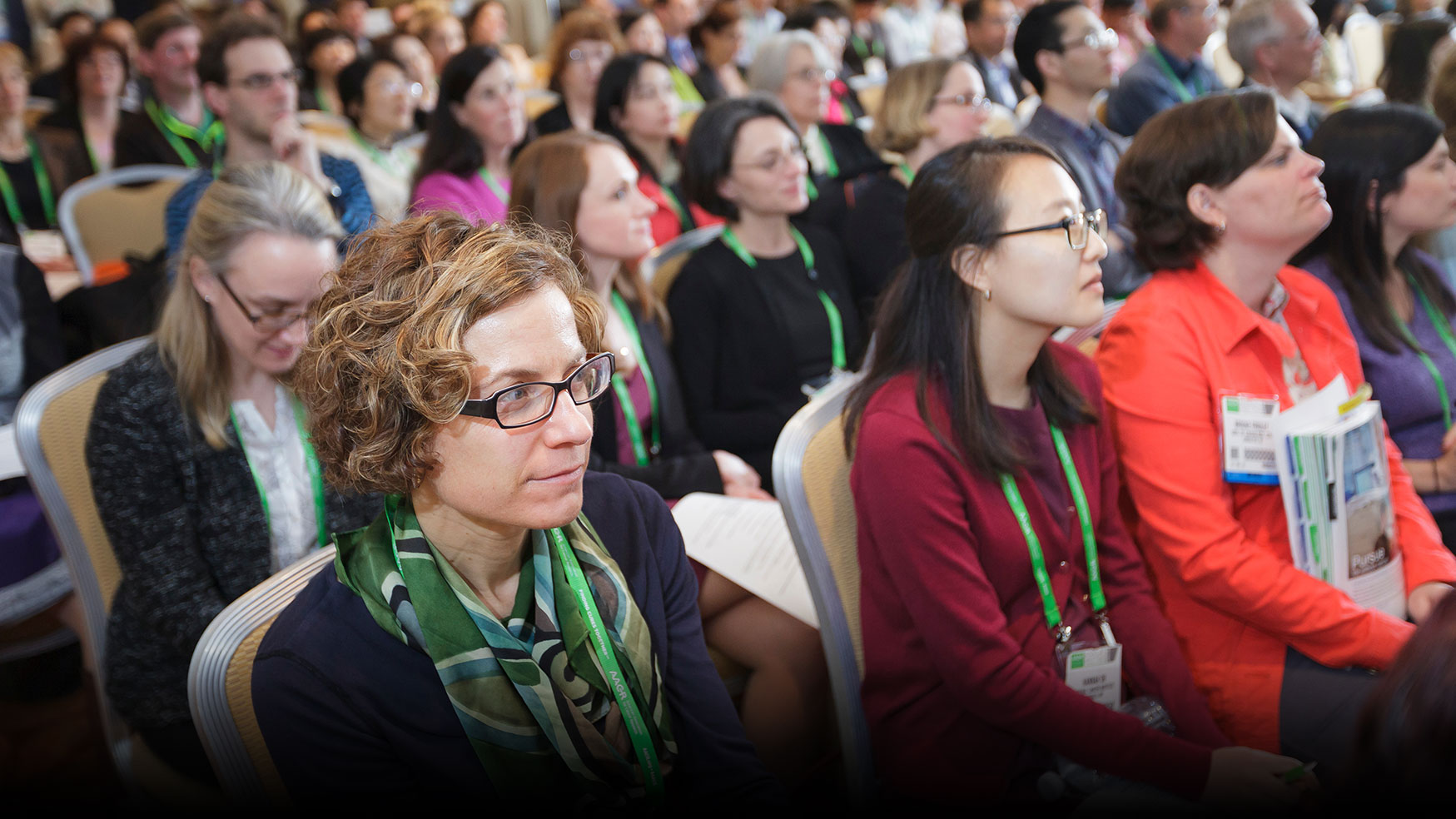 All of the stakeholders in cancer research come together at the AACR Annual Meeting. The 2015 Annual Meeting was the largest in history, with over 19,300 scientists, clinicians, patients, and advocates from 71 countries gathered in the AACR's home city of Philadelphia to share the latest cancer science.

Navigating Regulatory Science
Academic and industry scientists interacted with regulatory agencies in Regulatory Science and Policy sessions, fostering dialogue and accelerating the discovery and development of new diagnostics and treatments. 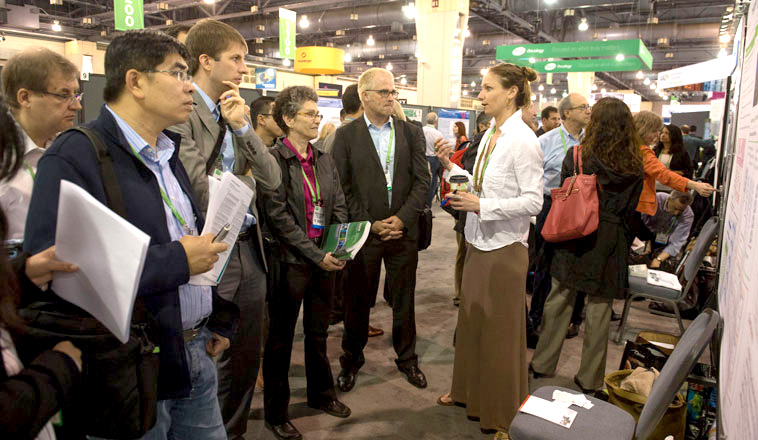 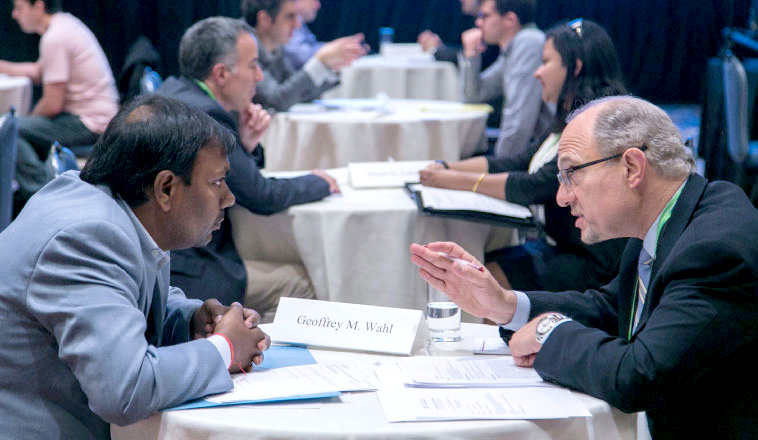 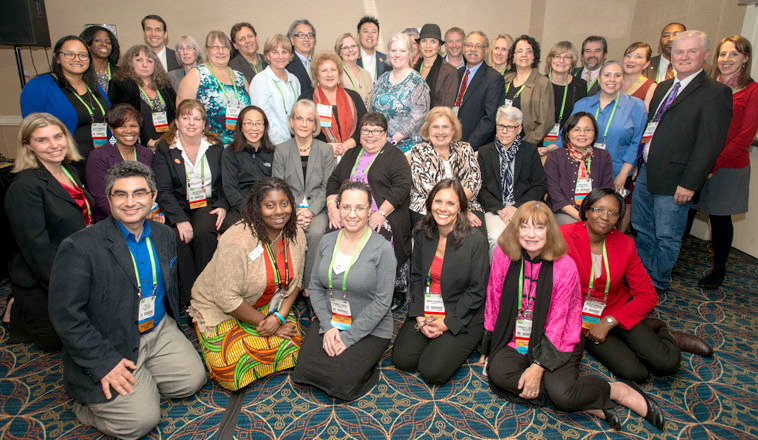 AACR Annual Meeting —
at a glance

Record-Setting Number of Attendees in Philadelphia

19,300
People attended the meeting. The Annual Meeting 2015 was the largest in the history of the AACR.

71
Countries were represented at the meeting. 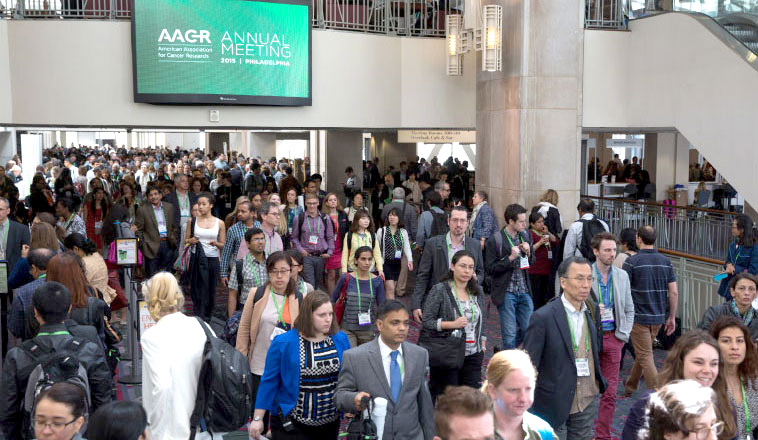 5,820
Papers were presented in poster sessions or minisymposia. 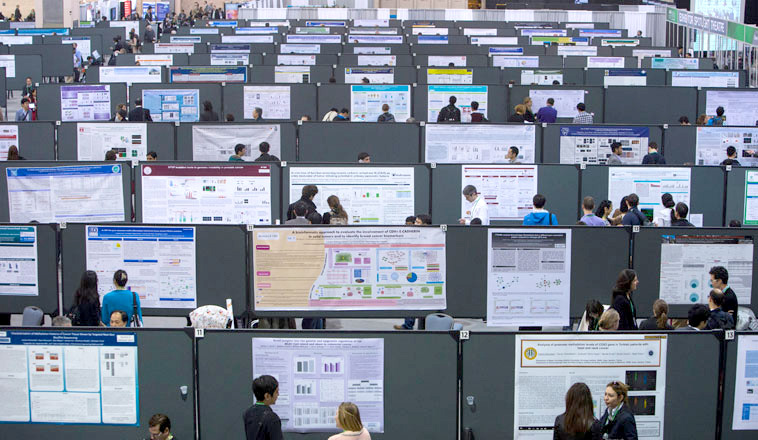 101
Clinical trials were presented at the meeting, including a phase III study of pembrolizumab versus ipilimumab in patients with advanced melanoma. Featured in the opening plenary session, the randomized trial was the first to compare two FDA-approved immune checkpoint inhibitors as first-line therapy. The results of the study indicate that pembrolizumab yielded significantly better outcomes than ipilimumab, which is the current standard of care. 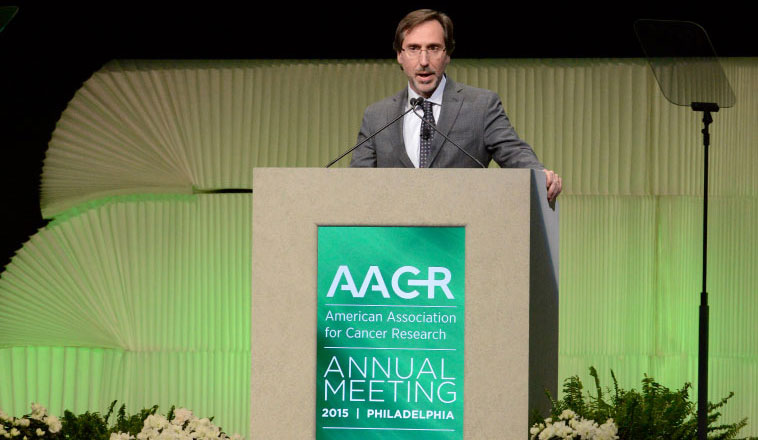 Presentation of the trial was followed by a discussant, who placed the clinical results in biological context for an audience that spanned the continuum from basic to translational to clinical scientists. Because of the AACR's unique ability to bring together the full spectrum of cancer investigators, clinical trials presented at the AACR Annual Meeting go beyond changing practice; they also advance the science.

783
Scientists participated as invited speakers, sharing their expertise and their data with the cancer community.

244
Scientific sessions provided a diverse forum for leading investigators, including 48 major symposia and five plenary sessions. For the first time in 2015, the meeting featured a closing plenary session that summarized the key themes of the meeting and offered a vision of the future, providing attendees with a first draft of the research agenda for the coming year. 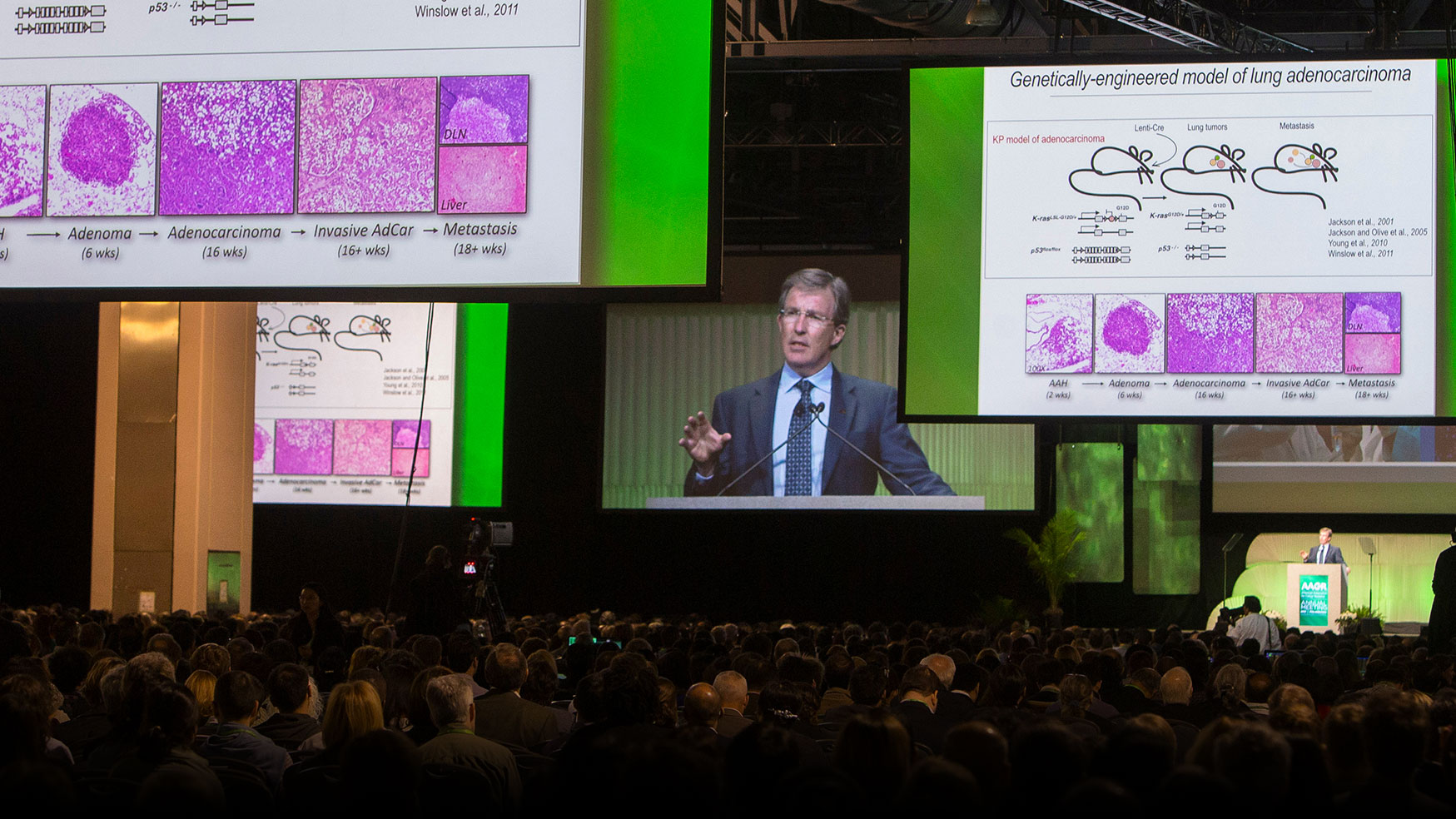 The theme of the Annual Meeting, Bringing Cancer Discoveries to Patients, underscored the link between discovery and treatment. The multidisciplinary program included researchers from across the continuum of cancer science, from population science, to basic, translational, and clinical cancer research. Highlights of the cutting-edge research presented at the meeting were summarized by AACR leaders in a closing plenary session.

During the closing plenary, Lewis C. Cantley, PhD, FAACR, Chairperson of the 2015 Annual Meeting Program Committee, discussed key basic research presentations. These included numerous studies investigating genetic diversity among different cells isolated from a single tumor and among tumors isolated from different sites in a single patient. He emphasized the critical value of mapping this genetic heterogeneity and understanding how it evolves because the information is vital to understanding and overcoming treatment resistance. Cantley also highlighted presentations that revealed mechanisms of resistance to specific molecularly targeted therapies and how a combination of basic research approaches — including proteomics, systems biology, organoids, and CRISPR-Cas9 technology — are being used to overcome this challenge and catalyze the development of new targeted therapies. 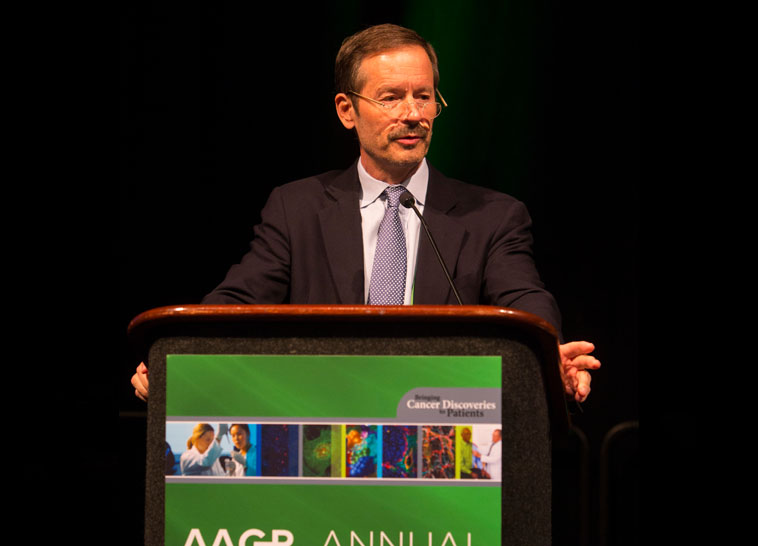 Carlos L. Arteaga, MD, FAACR, AACR president 2014–2015, then reviewed the groundbreaking clinical and translational research presented at the meeting. He began with several studies on an immunotherapy approach known as checkpoint blockade, including two that subsequently led to approvals by the U.S. Food and Drug Administration (FDA). The first study was the phase III clinical trial presented in the Opening Plenary session by Antoni Ribas, MD, PhD, which showed that pembrolizumab (Keytruda) yielded significantly better outcomes than ipilimumab (Yervoy) when it was the first treatment given to patients with advanced melanoma. These results later led the FDA to approve the use of pembrolizumab for use in this setting. The second practice-changing study was presented by Stephen Hodi, MD, who showed that giving the two immunotherapies ipilimumab and nivolumab (Opdivo) simultaneously yielded better treatment responses than ipilimumab alone for patients with advanced melanoma who had received no prior treatment. These data and follow-up analysis led the FDA to approve this immunotherapy combination in late September.

Arteaga also highlighted several studies in the area of predictive genomics — the use of genomics to identify those patients most likely to respond to a particular therapeutic. Recalling the challenges of tumor heterogeneity discussed by Cantley, he stressed the importance of collecting genomic information from more than one site of metastasis. Arteaga closed with a discussion of several presentations detailing the potential of liquid biopsies as a viable alternative to tumor tissue biopsies for genomic analysis. 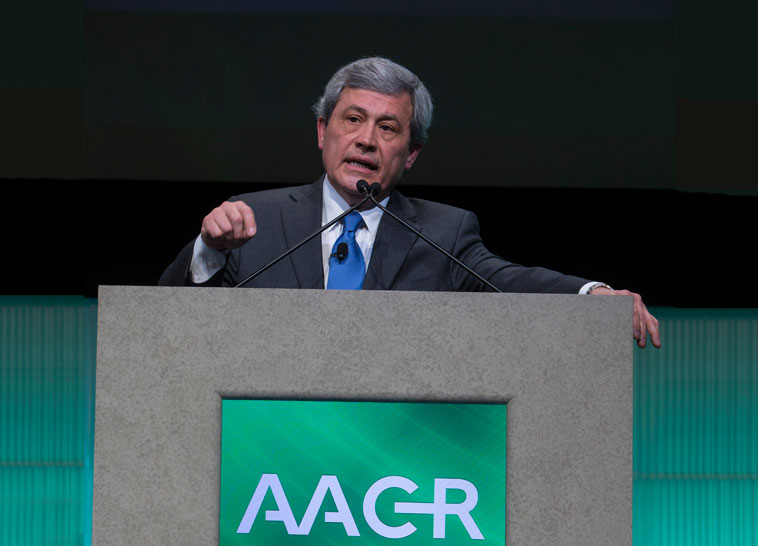 William G. Nelson, MD, PhD, editor-in-chief of Cancer Today, highlighted key presentations on cancer prevention research, in particular those in the emerging field of precision prevention and early detection. He initially focused on studies developing and using molecular tools for screening and early detection, such as the DNA stool test for colorectal cancer, and went on to discuss the use of genomics to identify individuals who are at highest risk for certain cancers and might benefit from chemoprevention approaches such as taking aspirin for colorectal cancer prevention. Nelson concluded his summary with studies suggesting that the microbiome has an important role in cancer biology, focusing on preclinical data showing that a particular bacterium promotes colorectal cancer development in a mouse model of the disease. 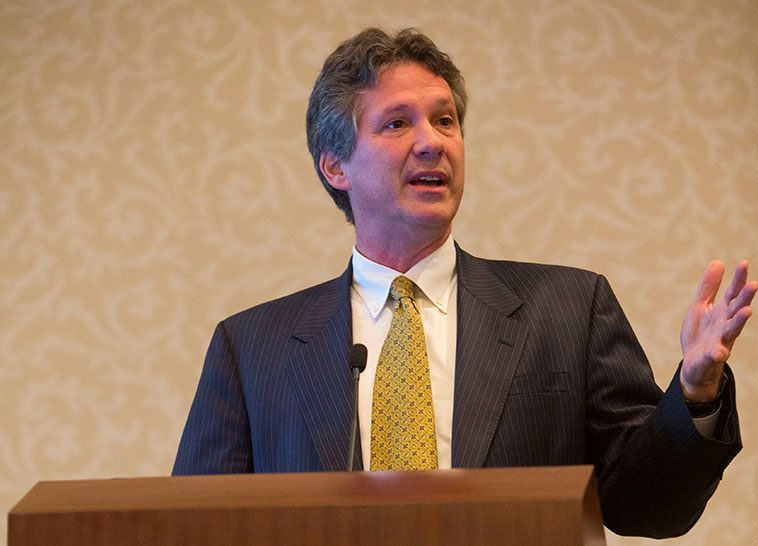 José Baselga, MD, PhD, FAACR, AACR president 2015–2016, concluded the session with a vision for the future — a future in which the promise of precision medicine, immunotherapy, and the harnessing of big data is fully realized. 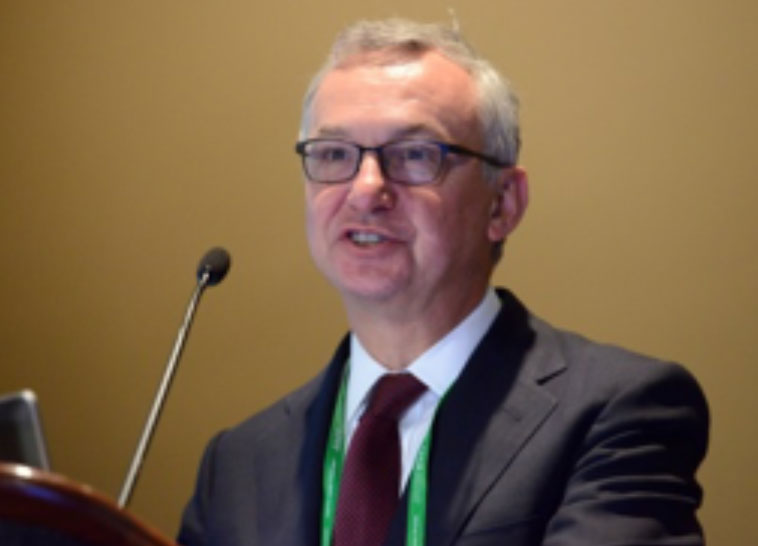 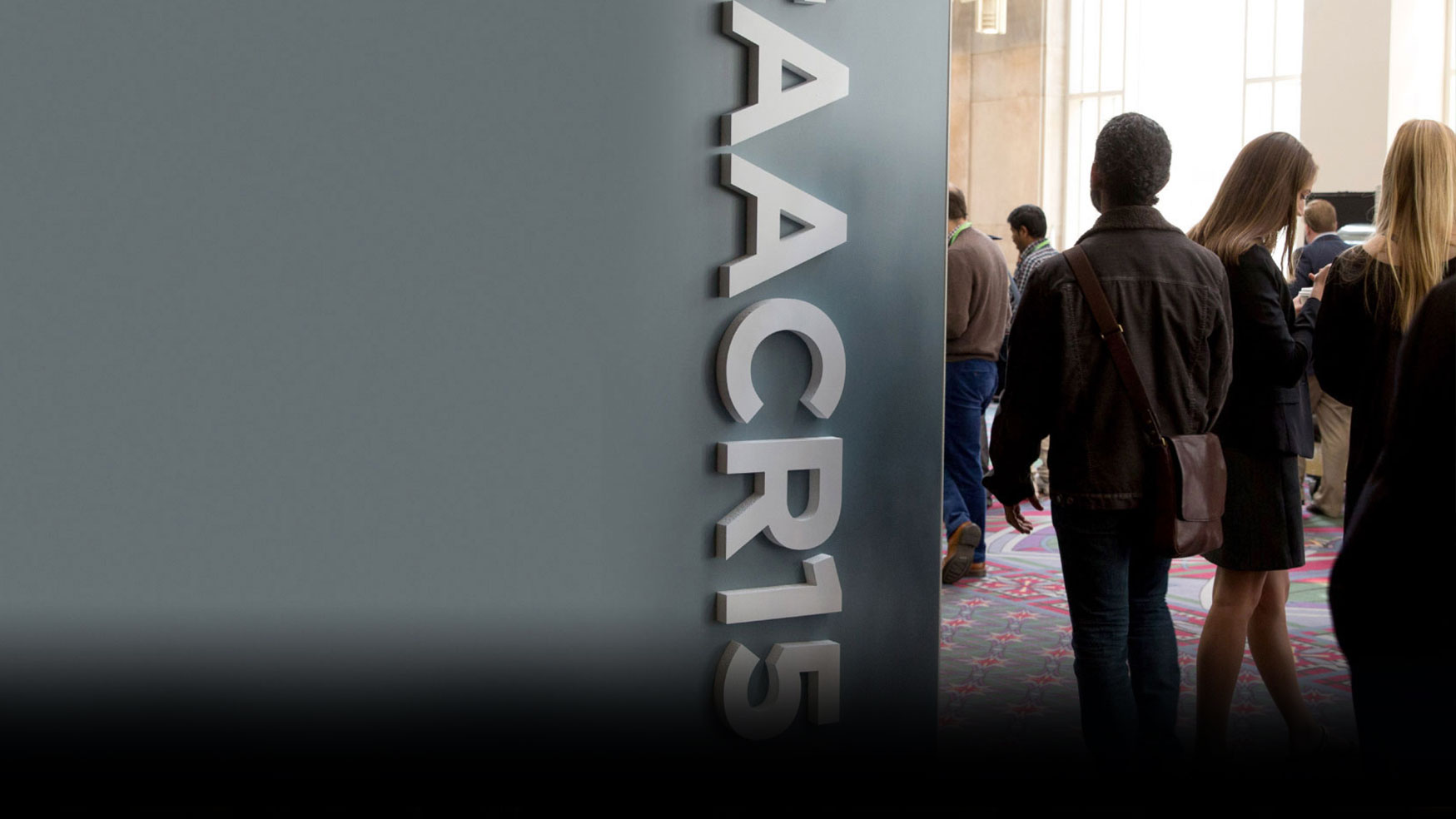 The AACR Annual Meeting 2015 produced a record amount of news coverage and social media interest, strengthening the organization's reputation as the authoritative voice for cancer research. 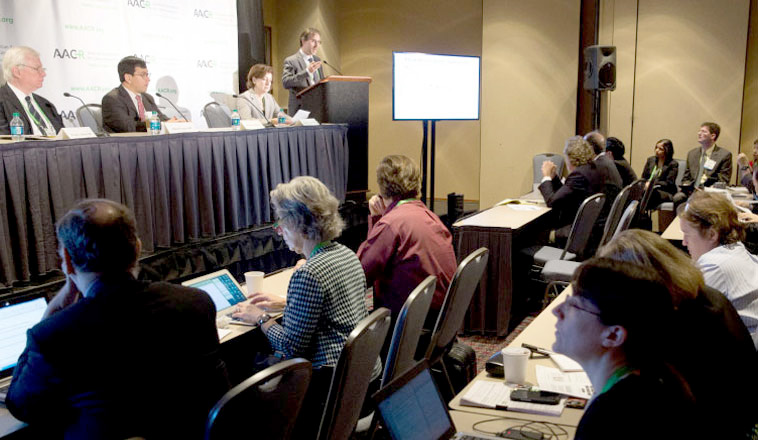 406
Scientists, clinicians, patients, and advocates participated in the second annual ABC News Twitter chat from the Annual Meeting — including the AACR's first live broadcast on Periscope. 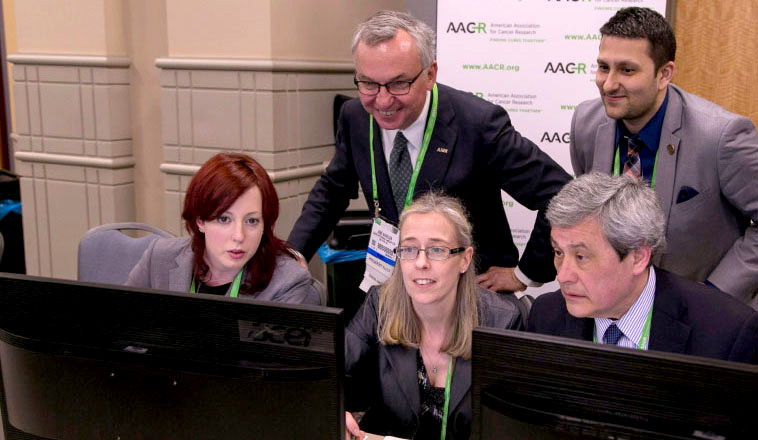 Among the many news organizations covering the Annual Meeting were the following major media outlets: 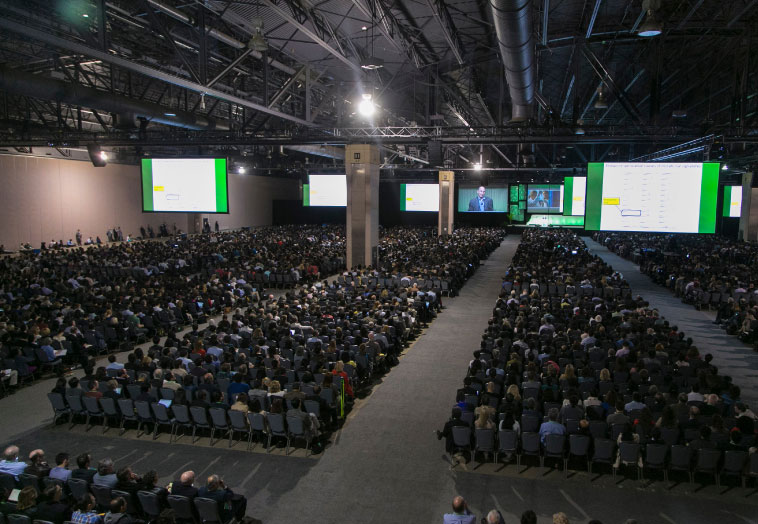